The Impact of The Great Resignation on Content Marketing

The Times of London reported on March 21st that over 250 brands have pulled their advertising budget from Google and Youtube because of the placement  of their advertisements alongside extremist content.

These are not small, neophyte advertisers who are leading the boycott. Large advertisers such as Volkswagen and Toyota have pulled their ads after finding that they were running in front of the wrong sorts of videos. Some of the offending videos were posted by people who had been banned from Britain for extremist speech, such as fomenting terrorism or promoting homophobia. 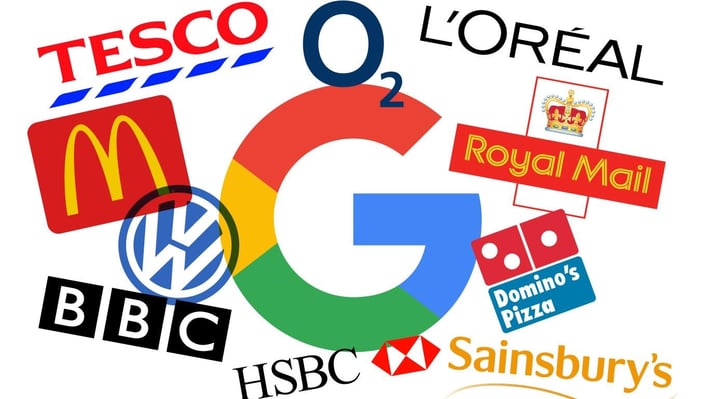 This week, Wall Street analysts at Nomura Instinet forecast that the spreading boycott could reduce Youtube’s advertising revenue by $755M or 7.5% this year.  Wow!

In this post, I’ll review what the fuss is about, show an example of how ad placements can go horribly wrong, and suggest how engineering marketers can protect their brands and their jobs.

The Youtube boycott is not just a British phenomenon. Leading U.S. companies are pulling large budgets too. Here is the perspective from Johnson & Johnson, “Johnson & Johnson has decided to pause all YouTube digital advertising globally to ensure our product advertising does not appear on channels that promote offensive content. We take this matter very seriously and will continue to take every measure to ensure our brand advertising is consistent with our brand values.”

Verizon and AT&T also paused their advertising campaigns with Youtube. Verizon said, “Verizon is one of the largest advertisers in the world, and one of the most respected brands. We take careful measure to ensure our brand is not impacted negatively. Once we were notified that our ads were appearing on non-sanctioned websites, we took immediate action to suspend this type of ad placement and launched an investigation. "

What is the big deal about bad ad placement?

When a marketer buys a display ad on a networked platform such as Google, or on a non-filtered platform such as Youtube, their ads can appear alongside content that can hurt their brand. It doesn’t have to be hate speech or extremism.

The image below shows an ad for discount cruises over a video of the sinking of the Costa Concordia. 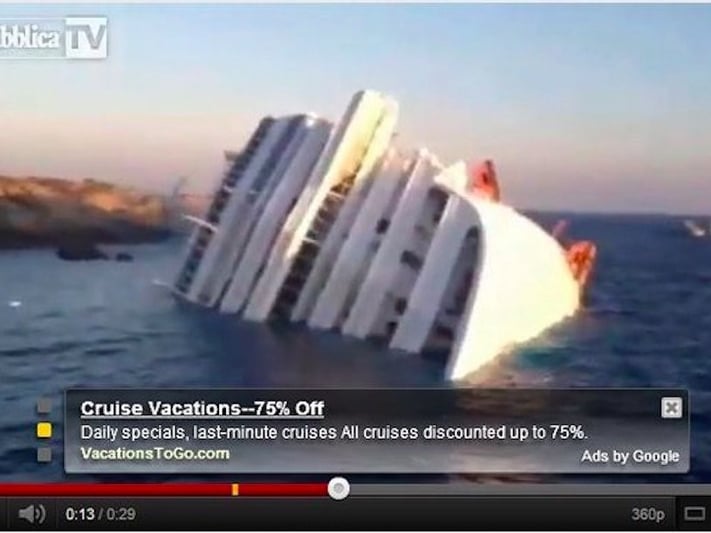 This example is so bad that it is almost funny. But imagine that you were the marketer who ran that advertisement. And then imagine that your boss came into your office demanding to know why you ran an advertisement to promote your company’s cruises on a video showing the   cruise ship. People have lost their jobs for a lot less.

This is but one example of how things can go wrong on any ad network where you don’t know where your banners will run.  On Youtube, the issue is that some user generated content will be inappropriate. That same issue applies when you run your banner ads on a network where you don’t know each and every site that participates, such as on the Google ad network or on a retargeting network.

At ENGINEERING.com we run a user generated forum site called Eng-Tips. To avoid the problem of inappropriate content, we have a team of volunteers who review and flag potentially offensive content. Then we take it a step further. We actually block and ban users for life if they post something inappropriate. This is an extreme example, but it is the only way we have found to be sure that our community remains a place where engineers can talk about professional topics. The members appreciate the high quality of the conversation, visiting the site over 1.5M times per month. 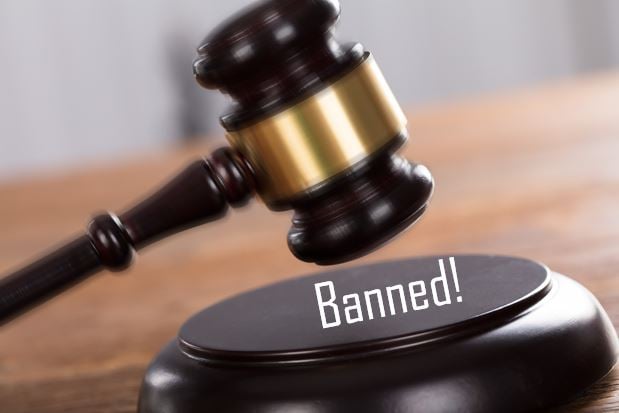 Google’s response has been a lot softer than our policy at Eng-Tips. According to Philipp Schindler, Chief Business Officer at Google, “We know advertisers don't want their ads next to content that doesn’t align with their values. So starting today, we’re taking a tougher stance on hateful, offensive and derogatory content. This includes removing ads more effectively from content that is attacking or harassing people based on their race, religion, gender or similar categories. “

I don’t know about you, but that doesn’t sound to me like the level of assurance that will end the boycott. We will have to see how it plays out.

Some industrial marketers don’t worry about reach or placement, preferring to focus on cost, clicks and conversions.  But is that really enough?  Doesn’t the brand and the context matter too?

You might be thinking that consumer brands are different from industrial brands. You might think that your prospects are smart enough to know that when they see a bad ad placement, it is the fault of the distribution network and not the advertiser.

Major consumer brands are showing us the risk they perceive in bad ad placements. There are other ways that an ad placement can go wrong on a blind network besides having it show up alongside a terrorist recruitment video. There is also click fraud. And there is simply poor quality content, such as on publishers who don’t invest in having qualified engineers doing the writing and fact checking.

This is a very good time to contact your agency to find out whether they know all of the sites where your ads are running. No doubt they will have a ready answer, because lots of their clients are asking them the same question right now.

Your agency may not know where your ads are running because they may be using networks to get you the most reach at the lowest price. The trade-off for networks buys versus dealing direct with publishers is this level of transparency.  It is very rare for a network to share what sites your ad will appear on, and in most cases it is impossible to prevent your ad from appearing in the wrong place.

Having this Google boycott happening now is a bit of a gift to you as an industrial marketer. It gives you cover to highlight to your management that there is a risk that your brand will show up alongside bad content.  You can explain that this is a trade-off for buying low-priced placements. At the very least, being proactive now will save you from uncomfortable questions in the future.

If your management is not willing to accept the risk inherent in running ads on blind networks, then it’s time for you or your agency to consider running directly on publisher sites or on controlled networks.

Yes, these placements will cost more, often many times more. That is because for the most part, these placements will run on sites where the publisher is paying to create the content. It’s a different content model, but most brands are willing to pay the extra to be associated with content that they can trust.

Let me know in the comments if you’re concerned about ad placement and/or what you’re doing to protect your brand.

Thanks for reading and sharing,

How to Compensate an Industrial Marketer