Banner Ads? Why Would Engineering Marketers Ever Buy Banners?

If you measure the success of your campaigns only on how many leads they generate, you probably don’t buy banner ads. And you probably shouldn’t.

But if your company aspires to a leadership position in your industry, there is a reasonably good chance that your company does buy banners.

Why do companies in leadership positions buy banner ads, but smaller companies don’t? Is it because larger companies have dollars to waste? Do they have very junior people who don’t know how to allocate their marketing budgets?

More likely, they’ve found a way to make banners work for them through specific targets, more complex attribution models, and a whole lot of testing.

In this post, we’ll look at why banners get a bad rap, and why much of that is deserved. We’ll reason out why banner ads don’t work for lead generation and hence why many industrial marketers don’t buy them. Next, we’ll put banner advertising in its place, which is not for lead generation, but for awareness. As an added bonus, we’ll explore the attribution problem that plagues banner ROI calculations.

Pundits have been calling for the death of banner ads for years. And we agree. 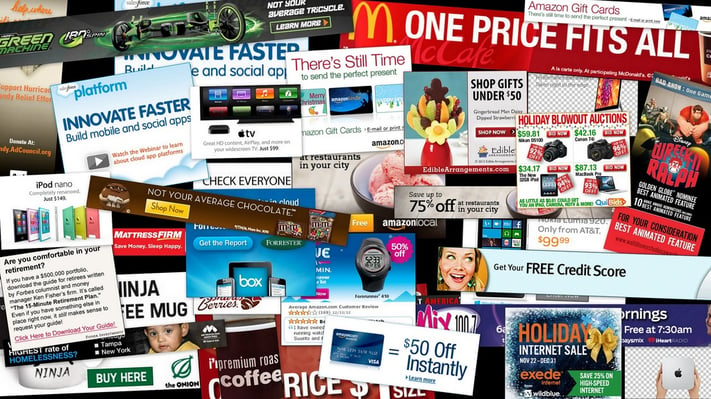 There are lots of banners we would be happy to never see again. Pop up banners are horribly annoying, especially when they take over the page the second you land. I mean really, who wants to wait up to 15 seconds before you can proceed? Video ads that start playing as soon as you open a page are even worse. These sorts of ads, along with those that feature garish imagery are the reason why banners have such a bad reputation, and have no place in B2B technology marketing.

Adding to the overall annoyance of banner ads is their notoriously poor performance. Across all product types and all advertisers, banners don’t get a great click-through rate. In this tool from Google, you can see that the overall average CTR for banner ads in the United States is 0.08%. This sounds like convincing evidence that banners generally suck.

But that doesn’t mean that all banners are bad.

Banners that i) run where your target market is reading or watching, ii) have good creative, and iii) feature a compelling call to action, still work.

For example, we ran about 7 million big box banners on ENGINEERING.com in the first half of 2017. The average CTR was 0.32%. That’s the average. Some did worse, while some did much better.

Why would ads on a niche web site perform so much better than the averages? In short, context matters.

You may recall the heated debate this spring when advertisers were calling for boycotts of YouTube because they were concerned that their brands were being connected to inappropriate or offensive content. The specifics of the case aren’t nearly as important as the overall message, which is that context matters. 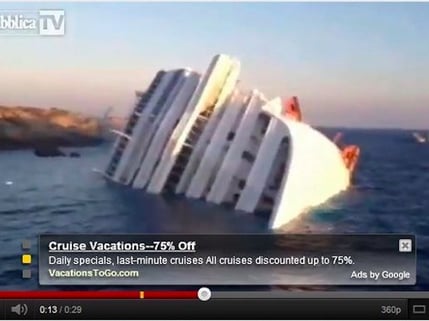 In the world of engineering marketing, that means placing banners in niche publications. Of course, niche publications are more expensive and that deters some marketers from running banners on these sites. But in general, would you rather that your advertisement for say, linear actuators, ran alongside stories about machine design, or a Buzzfeed article about celebrities?

An even more fundamental question for engineering marketers is not where to run banner ads, but why to even bother? After all, banner ads aren’t great for driving leads, and leads are job #1.

Let’s say you are like many industrial marketers and you are trying to minimize your cost per qualified lead. If you were to spend $10,000 on 500,000 banner impressions for a lead generation campaign, you would likely be disappointed.

As a publisher, we typically don’t recommend banners for lead generation campaigns. Instead, we suggest banner campaigns for awareness. And awareness is very important. It makes all of your other campaigns work better.

We have argued for years that engineers don’t exhibit a “see-click-buy” shopping behavior. Instead, more often than not, they choose to deal with suppliers who are familiar to them. As Achinta Mitra commented in his industrial marketing blog, engineers are motivated by the fear of making a mistake in their purchasing decisions. They resist new suppliers, particularly if they are not a known competitor.

That means that most engineers already have a universe of potential suppliers. You may argue that most engineers will at least conduct a Google search to make sure that they haven’t missed anyone important, and so you target your digital ad spending there. 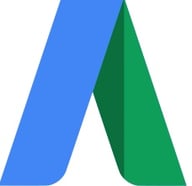 If your digital marketing campaigns are limited to buying Google Adwords (not saying Adwords are a bad idea), then you are missing a lot of prospects. Sure, you are reaching people who are in an active search for products like yours. However, if an engineer learns of your company for the first time through a Google ad placement, this puts your company behind your competition in terms of framing their expectations for your class of products.

Awareness advertising also gives you a chance to create brand recognition in the wider group of people within your prospect’s company who will influence a purchasing decision.

These are compelling arguments for conducting awareness advertising. Banners are proven to be an effective way to create that awareness. According to Google Media Lab, banners, rather than video or other more complex formats, accounted for 82% of the reach of their largest campaigns.

Attribution is a problem for justifying banner campaigns

The products that engineers specify are too nuanced to be tracked to a single banner advertisement. The mistake that many marketers make is that since engineers don’t click on banners and convert to leads in sufficient numbers, those banner ad impressions are worthless. That is a simplistic, and often misguided, view of the way that people make technical purchasing decisions.

Sophisticated engineering marketers have proven over years of campaigns that banners yield indirect results. For example, one of our larger software customers told us that they see increases in search traffic when they run banner campaigns.

Why is that? Our client believes that this behavior stems from prospects seeing their banners on publisher sites and then searching for the company during a separate browsing session. Even though their attribution model would not have attributed that visit to the banner, they know from years of experience that this is a valuable visit that was assisted by the banner campaign.

As marketers, we have been trained by Google to only value clicks, and to completely discount the value of an impression. In the dark ages of marketing, before the Internet, marketers had to rely on impressions only to determine the reach of their ads. I’m not saying we should go back in time, but I would say that the pendulum has swung too far. There is undeniable value in placing your brand message in front of your target market, even when they don’t click.

Should you try banner ads to reach engineers?

Banner ads are definitely not for everyone. Companies with a very small target market that is confined by geography or application are typically not a good fit. For example, if your company sells highly specialized waste management systems for spent nuclear fuel, you can more economically identify your potential customers and reach them through an account based marketing strategy.

Even if your product is well suited to banners, I strongly recommend that you do some testing before you commit. It’s always a good idea to submit a number of different styles of banner creative to your publisher so that the ads that work best on any given site are the ones that run.

And if you do run a test of banner advertisements, measure its success by more than just clicks and leads. For example, compare your organic search traffic before, during and after you run a banner campaign to see whether there is a lift in organic search traffic. And if your tracking tools support “view-throughs”, consider those as well. Because if all you track is leads,  your test is doomed to fail.

So, what do you think? Are banners worth a test for your company?

Do You Suffer from Content Clutter? – Here’s a Way to Cut Through